There is no need to introduce Manchester United and its former coach, Sir Alex Ferguson (the man on the right).

But how about discovering how Ferguson lead Manchester United ? A Harvard Professor interviewed Sir Alex after his 25-years tenure, thus revealing an undisclosed face of his work (read Ferguson’s Formula and the related case by Professor Elberse, whose material I borrow).

As you read the following, you will get insights on how to deal with egos and “rising stars” in your company and team. You may also discover a leadership pattern. That pattern, I choose to call “leadership policy of unity”, as it follows unity-driven practices (see The Secret of Unity). Now, follow me to discover two intertwined faces of that policy.

A policy of encouragement Early on, Ferguson’s established a culture of encouragement. He was quoted saying “For a player—and for any human being—there is nothing better than hearing ‘well done.’ Those are the two best words ever invented in sports. You don’t need to use superlatives.”

Ferguson’s would value everyone —not just rising stars, or star players. Says long-time secretary, “If someone knocks on his door and they have a problem, the first thing he does is turn the chair around and say ‘Sit down, let’s talk.”[/vc_column_text]

Take heed if you seek leadership innovation. It may look simple, but companies in France would go a long way towards bettering their conditions if they applied what I am about to say.

Most of us usually resist change. Yet, behavior change happens when people feel valued, as Ferguson showed with Cantona. It is an understatement to say that the French striker had a reputation as a troublemaker. Yet Sir Alex assumed the French would thrive with encouragement, which he did. As the team captain, he even lead Manchester United to capture the league title it had been seeking for 30 years.

Ferguson’s leadership style was about unity. Through is attitude, words and actions, he created “a ‘family atmosphere’ where everyone from the star player right through to the kit washer was considered a valuable part of United’s organization”, Elberse noted.

A policy of shame-covering Shame is poorly understood in Western cultures. We misunderstand what it means to “loose one’s face”. Yet, a Western expression like “covered with shame” signals that shame goes far beyond psychology and into sociology and organizational behavior.

In my experience of shame-inflicted people, being ashamed works as an Iron Curtain, isolating, dividing and creating silos. Shame damages not only how one feels and relates to others, but also how a team interacts. Shame therefore ruins both individual performance and team dynamics. In a high-performing team, this gets critical. When under shame, players (and managers) may feel disconnected from themselves, lacking self and social consciousness to a point of doing stupid things for the team. Shame, it could be said, destroys the integrity of a player, as well as the unity of a team.

Shame, it could be said, destroys the integrity of a player, as well as the unity of a team. Ferguson understood it. For example, he would never discuss a player’s performance (or lack thereof) publicly.

Sir Alex would go the extra-mile to cover a player’s shame. How would people talk about you if you were suspended? What would you feel like? When Cantona was suspended for months as punishment for attacking a fan, Ferguson visited him in Paris to reassure him that he remained a valuable part of the club’s plans.

And how would you experience staying on the bench? Ferguson would talk to the players who were not starting but might have been expecting to. “I do it privately. It’s not easy, but I do them all myself. It is important. I have been dropped from a Cup final in Scotland as a player at ten past two, so I know what it feels like,” he admitted.Encouragement and shame-covering foster unity. When coupled with other unity-driven practices, they produce a one-minded team, and thus a climate of high-performance. 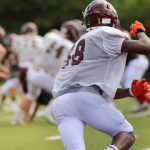 Inside a Leader’s MindTools