Inside a Leader’s Mind

There are things that leaders see, while others don’t. They spot value before it is created. Where is the managerial innovation, Sir? It is in creating impact through observation skills.

Do you remember Moneyball? The movie shows how a small-market franchise disrupts the baseball industry.

You may not look like a winning team, but you are one!

Billy Beane, a general manager at the Oakland A’s, defies conventional wisdom when he is forced to rebuild the first team on a limited budget.

At a turning point, Beane addresses a demoralized team. The spirit of Moneyball is captured in his declaration : “You may not look like a winning team but you are one!”

Beane puts together a record-breaking team of misfits with the help of a Yale economist. Where the market sees unvaluable players, they recognize those who are invaluable to the A’s. They spot undervalued players, rebuild a team, and end up achieving a record-breaking year.

So here is the question:

How do I spot undervalued players?

Beane had a framework for making the invisible visible. He could thus recognize what a player could add to the team. This lead to exceptional results with not-so-exceptional individuals!

Many of us look like not-so-exceptional players. That is why I would argue that all managers need to seriously consider what they value in people, and how they spot value.

That question is worth millions in the digital and knowledge economy. But that will be for another post on the “rules of the game” in the digital economy.

Let me brings this to a conclusion. Leaders create value through observation. Observation skills, as Moneyball shows us, create impact. 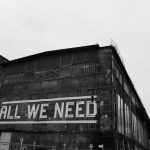 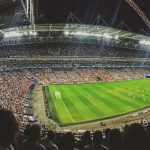